the night nothing went right… 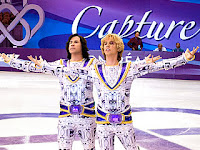 The funny part of the night was that although it sounds like it was a disaster, it was actually a really fun night. All the people who went on it had a great time being together. I think that sometimes in ministry we get so caught up in planning the perfect program that we forget that the real fun is in being together and connecting with each other.
Ryan Paulson2019-02-17T23:43:56-07:00